Jonah 1:17
"Now the Lord had prepared a great fish to swallow up Jonah. And Jonah was in the belly of the fish for three days and three nights."

God had called Jonah to go to a city called Ninevah (which was known for their wickedness) and minister the gospel. Jonah instead fled and brought a ticket "fare" to go to Tarshish (verse 3) And the Lord sent a great storm which not only caught the attention of the people on board the ship but awakened Jonah from his deep sleep. The people on board the ship began throwing everything overboard, in verse 6 the "ship master came to him (Jonah) and said unto him, what meanest thou, O sleeper? Arise, call upon thy God, if so be that God will think upon us, that we perish not."
"For whose cause this evil upon us; what is thine occupation? and whence comest thou? what is thy country? and of what people are thou? (verse 8) In verse 12 the men cast Jonah in to the sea for they "feared the Lord exceedingly and offered a sacrifice unto the Lord and made vows" (verse 16).

Devotional:
So here's Jonah, after trying to run from his assignment; he's cold, wet and in the sea. In verse 17 it says, "The Lord prepared a great fish"  to swallow up Jonah. Many scientists have debates over this passage of scripture simply because the great fish swallowed Jonah. The bible never mentioned the fish chewing up Jonah he was simply swallowed whole. Scientist go on to say that there's no way Jonah would've survived being swallowed whole and survive three days and three nights in the fish's belly. But see they don't know the God we serve!
God was giving Jonah 72 hours to get it together. Jonah was surrounded by death, odor and darkness while in the fish's belly but he had to be held there for a season. Just like Jonah we may have been swallowed up by our current situation, struggle or issue. We maybe surrounded by darkness, dead dreams, dead goals, odors (reminders) of your past but God is giving you 72 hours. See the "belly" (situation) you are in was prepared to swallow you up whole but it wasn't designed to devour you. The belly you are in won't to kill you, it wasn't designed to kill your dreams it was just designed to hold you.. It was prepared to get your attention.

In the next 72 hours you have some decisions to make. Will you continue to allow yourself to be stuck in your situation or issue? Will you remain surrounded by odor, death and darkness? Or will you be like Jonah and pray in the midst of your situation (verse 7). The thing I love about God is that Jonah brought his ticket for the boat, he made the decision to run from God and God made the decision to hold him for 3 days and 3 nights just to get his attention. He simply kept him.
The moments when you aren't hearing from God don't get discouraged he's simply speaking to your belly (situation). Can you hear him?

"I prepared you to swallow them now devour them. So I am giving him/her 72 hours in this belly (situation) and after that you must release them."

HappyWifeAndMother said…
yeah. it wasn't the fish aka whale that this story is about it's the heart of man in this case Jonah. Thanks for this :-) 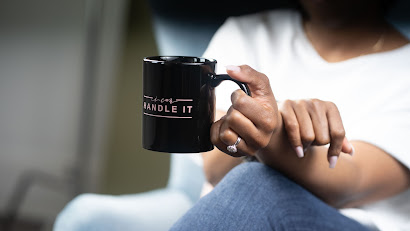